Sérgio Moro, the judge who is the most popular Brazilian in every poll since he condemned former president Lula to 12 years in jail for corruption, has shot a silver bullet against Brazilian president Jair Bolsonaro. Moro has been Bolsonaro's Minister of Justice and is considered a hero for the vast majority of the population. He resigned this Friday and called the press for a speech in which he listed a lot of crimes committed by Bolsonaro while trying to convince him to manipulate the work of the Federal Police towards catching his three sons, who are involved in separate and very serious crimes that go from the murder of a political opponent, coordination of militias that extort money in the favelas, the use of public money and the presidential palace and computers to spread fake news, tunneling of public employees salaries, fraud, falsification and the list goes on. Basically, a mafia boss and his three “capo” sons took power of the fifth biggest country on Earth, the eighth economy of the planet.

Bolsonaro decided to change the president of the Federal Police and place a friend of his son in the position, which by law is required to be independent and free from political influence. Moro even mentioned that during the Worker's Party government of Dilma Rousseff, even though dozens of politicians who were in power and Lula were sent to jail, the president never even attempted to change the Federal Police's president. The institution counts with the highest numbers of credibility among all Brazilian institutions for many years.

In the middle of the night, Bolsonaro published on the digital “Official Diary” (a newspaper that for several decades is the place that by law all government nominations and official acts have to be published for them to become legal), the exoneration of the current Federal Police president, but it showed a digital signature of Sérgio Moro, which the now former Minister of Justice said, categorically, he never signed. He accuses Bolsonaro of simply somehow frauding his computer to add the required by law signature of the Minister. Unbelievable the openly gangster-like modus operandi of Bolsonaro.

Moro declared in his press conference that Bolsonaro told him openly and unashamedly that he wants a president of the Federal Police who will give him full access to any investigation, records, documents, etc. Moro confessed he was perplexed by how open the president declared his illegal intentions.

"The President told me more than once that he wanted to have a person of his personal friendship [in the head of Federal Police], that he could call, collect intelligence reports. It really isn't the role of the Federal Police to provide this type of information. The investigations have to be preserved. Imagine if during the Lava Jato [Car Wash, the Federal Police operation that led to the unveilling of the biggest corruption scandal in the history of the planet, involving over 60 billion dollars, which led former president Lula to jail] itself, the Minister of Justice, or President Dilma, would be calling the president of the Federal Police to gather information about the ongoing investigations. The respect for the autonomy of law enforcement, whoever it is from, is a fundamental value that we must preserve under the rule of law. Ontem, conversei com o presidente, houve essa insistência do presidente. Falei ao presidente que seria uma interferência política, ele disse que seria mesmo.” - "Yesterday, I talked to the president, and he kept insisting on it. I told the president that this would be political interference [in the Federal Police], but he replied that yes, indeed, it would be."

The populist Christian fundamentalist president has seen an immediate freefall of his popularity, because Moro is even more loved by Bolsonaro's voters than the president himself.

Former president and Sorbonne Sociology Professor Fernando Henrique Cardoso (1996-2002) officially asked the president to resign and the vice-president to take his place immediately. A group of billionaires who had a formal group of support for Bolsonaro, led by Luciano Hang, owner of a chain of all-purpose stores, announced that they are taking away all support for Bolsonaro, who, they justified, “has betrayed the nation, broke his promise of fighting corruption”. The Supreme Court sent a mandatory request for the president of the Parliament, Rodrigo Maia, to manifest an official response to the 24 impeachment procedure requests from various institutions and politicians.

Desperate with the repercussion, Bolsonaro for the eight time in his administration convoked a forced “media prison”, which makes all radio and television stations to broadcast the president's speech. He had all his other ministers behind him, he improvised an emotional speech in which he said that as a soldier he made a pledge to die for the nation. He claimed that “all” he wanted was just to know what is going on with the investigation about Adélio Bispo da Silva, the man who tried to kill him with a knife during the presidential campaign. Adélio is incarcerated in a mental institution and it is not necessary to be a psychiatrist to notice that he suffers from serious schizophrenia, for which he was interned many times before. He said he also wanted information about the investigation of the murder of Marielle Franco, a Rio de Janeiro city counsellor who was shot by militiamen hired by no less than Bolsonaro's neighbor, who lives 7 meters from his house, whose daughter was Bolsonaro's youngest son's girlfriend!

Bolsonaro almost cried saying that it is not interference with the Federal Police the simple act of letting him know the details of investigations that involve his sons. That it is the obligation of any father. That his three sons are being persecuted by the media, that he has the right to want to look at what the police is doing.

Amazingly enough, Bolsonaro admitted all accusations against him, but always claiming he has the right to do that both because he is the president and because he is a father. Using a strategy also used by Donald Trrump, Bolsonaro is betting on stretching and shifting the Overton window. He ended his pronouncement saying that God is above all and Brazil above everybody.

Even after the speech, an agency that analyses tweets said that Bolsonaro had a swift change in status, because until yesterday he had 82% positive tweets, while today he had only 13%.

It is almost impossible for Bolsonaro to survive this. The only reason that impeachment procedures had not been opened was that he counted with a strong 30% of support from the population. Within the next days or perhaps hours it will be clear whether he gained back some support. If his numbers fall to under 15%, he is a dead man walking. In any case, he is no longer in charge. Governors have ignored his decrees and he has been totally isolated by the vast majority of politicians and authorities.

Brazil has a madman occupying the presidency (under the illusion he is a king). 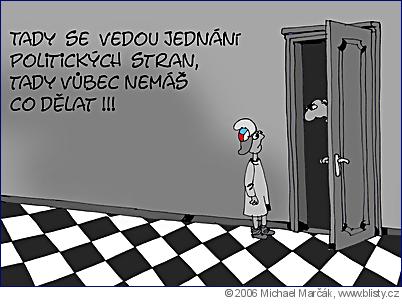