The Swedish daily newspaper Dagens Nyheter has published an article accusing a popular Czech digital TV channel of spreading fake news. The DVTV website, operated by Aktualne.cz, has released a half-an-hour interview with the Swedish-Czech writer Kateřina Janouchová, who asserts in the interview that "Sweden has been crushed by refugees, that she has been forced to learn how to use a fire arm and that Sweden needs a strong man to rule the country now". Writing in Dagens Nyheter, critic Hynek Pallas accuses Janouchová of disseminating lies, distortions and inaccuracies.

In the interview, Janouchová complains that young Swedish people no longer get apartments and cancer patients suffer from long waiting lists in hospitals - all because of refugees. She asserts that large amounts of Swedes emigrate to the USA and to the UK now, because the state is no longer able to defend them.

A full English translation of the interview is HERE

Disinformation, continues Pallas, is a serious problem in contemporary politics. It was a feature of the Trump campaign and in Brexit. Disinformation also fuels xenophobia in the countries of Central Europe which have had no experience with either immigration or integration. In the Czech Republic, Sweden as well as Germany (which Janouch also mentions in the interview) has become a symbolic "multicultural hell" and the reason why the Czechs must "fight against the EU".

For the Czechs it is difficult to check Janouchová's allegations that 75 per cent of all male immigrant arrivals "pretend that they are children", says Pallas. They have no prior knowledge of Sweden and the Czech media tells them that it is a country where jihadists roam free and there are no-go zones. Disinformation which is being disseminated about Sweden is a serious matter and the Swedish Foreign Ministry has rightly decided to help Swedish embassies abroad to correct the distorted image of the country, concludes the article.

Ingmar Karlsson, former Swedish ambassador to Czechoslovakia, has reacted to the Janouchová interview on Facebook in a similar vein: "The purpose of this interview was to confirm a construction which has been created by the Czech media for several years now, namely that Sweden is a country where jihadists roam freely. The purpose of this interview was to confirm that the current Czech immigration policy is correct. Janouchová's simplifications, half-truths and open lies work as a confirmation of prejudiced and xenophobic statements made by Czech President Zeman. This interview deepens the hostility of ordinary Czechs towards Swedes." 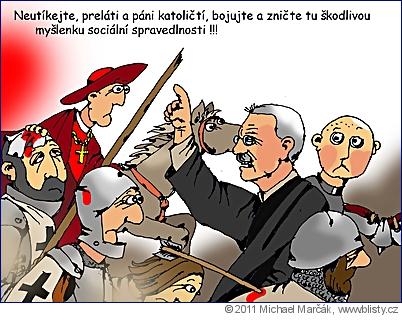