“Check what you hear, doubt what you see…”

A propaganda war is under way. This shouldn’t come as a surprise to anyone as propaganda has been a common feature of wars for some time. Perfected during the Second World War this dark art was used by Goebbels, Nazi Germany’s Reich Minister of Propaganda, form 1933 till 1945. However, it would be naïve to think the Nazi’s were playing this game alone. The U.S. campaign portraying Josef Stalin as ‘Good Old Uncle Joe’, as American as apple pie, pays testament to that. Or the even more comical British public health campaign during WWII suggesting carrots help you see in the dark and therefore improved pilots’ sight during air battles.

The disinformation campaign was the brain child of the Britain’s Air Ministry and was used to hide the development of Airborne Interception Radars that had been installed on British fighters, which were the real reason for the RAF’s improved ability to locate German bombers at night. In testimony to its success this myth is still told to children at dinnertime in the UK today. But propaganda is changing. Social media is becoming more prevalent in the propaganda game and Russia seems to have pioneered a new form of state propaganda.

On the 27th of January a group of Ukrainian students from several institutions of higher education in Kiev produced and published an “anti-propaganda” video on youtube, in which they called on Russians to “check what you hear, doubt what you see”. The video was quickly picked up and published alongside articles by the Guardian and Radio Free Europe. Their advice is golden, but they surprisingly seem to have missed the point that videos of this type and their use are just as much a work of propaganda as anything coming out of Moscow. The short film then claims that many voters in the Crimea had been forced to vote “at gunpoint” without a scrap of evidence to support their claim.

The video goes on to justifiably criticise much of the propaganda that has been coming out of Russia, however it also refutes the existence of Nazi and nationalistic elements during the “pro-European” Maidan protests. It is true that the Maidan protests started in a peaceful pro-European spirit, and for many that is the way they will be remembered. It is also true that the Russian media has gone to great lengths to portray post-Yanukovich Ukraine as nationalistic and even fascist. The Russian media may have gone too far in distorting the truth and tarred much of Ukraine with the same brush.

But it would be just as untrue to deny the existence of fascist and nationalist elements in Ukrainian society as it is to exaggerate them. Unfortunately, these elements, although still reasonably small, do exist and are influential beyond their size. This should not still be such a controversial subject especially given that many Western media outlets such as the BBC, Daily Telegraph and Open Democracy– none of which can be accused of being openly pro-Russian – have made publications to corroborate the presence of right-wing groups in Ukraine. So are such videos not part of the problem themselves…

The Kremlin’s propaganda machine has been working overtime for more than a year now trying to delegitimise the Maidan protests, post-Maidan government and now defame the Ukrainian volunteer battalions and Ukrainian army. At times they have gone too far, even by Russian standard, such as when the state-run Perviy Kanal (Channel One) featured a distraught Ukrainian refugee who claimed to have witnessed the torture and crucifixion of a three-year-old child by Ukrainian troops in the town of Slovyansk in June last year. The piece drew considerable criticism from other Russian News outlets showing that not all in Russia is as one-sided as we sometimes may believe.

Many Russian citizens are only too aware of the propaganda they are subject to, which is not the same as saying they are unaffected by it. But could we say the same about our average EU citisen or the Ukrainian population? Unfortunately there is as of yet no readily available objective research on this subject and therefore any prediction would only be conjecture, so I will refrain from making any.

What is staggeringly clear from reading the Polish and British press is that we are not immune to propaganda or above it ourselves. The Polish and British press has been particularly one-sided especially when reporting on civilian casualties in Ukraine, with only the occasional dissenting voice. The Western press has also presented an unusual tendency for consensus in a world with so many varied views.

Malaysia Airlines Flight 17 was shot down when flying over Donetsk region Eastern Ukraine tragically resulting in the loss of life of everyone on board some 298 people. Not wasting a moment the Western media all but unanimously put the blame on pro-Russian separatists, Russian terrorists, Russia itself and even Putin personally. Logically, and most likely, the plane was accidentally shot down by separatists who mistook it for a Ukrainian military plane, which had been operating near to that area but that is a little outside the focus of this article and my level of expertise. Therefore I have no intention of playing judge jury and prosecution here that is something I will leave to an international inquiry.

What is worrying, however, is how much of the Western press and politicians showed no such restraint or desire to wait for actual evidence but instead decided to do just that and be judge, jury and prosecution. Additionally, there was none, to the best of my knowledge, publically asking why the plane had been allowed to fly over a warzone by Ukrainian-Air-Traffic control or the airline company itself.

Of course, Russia had its own take on events but was a little slow on the uptake. The Russian approach was a little different and more chaotic in its early stages than the Western medias’ near unanimous verdict. The Russian press preferred to float various different explanations of events such as a BUK surface-to-air missile fired not by the separatists, but rather by the Ukrainian army, or that a Ukrainian Su-25 had been witnessed in the area intentionally shooting down the jet – disturbingly these were two of the least fantastic ideas that were doing the rounds in Russia at that time. But soon the consensus settled for the Su-25 when Russian-state TV held a conference on the disaster showing ‘evidence’ that the plane had been shot down by a fighter. Russia’s method differs from that of the West in that they prefer to release a wider range of ideas and articles, which play into the hands of conspiracy theorists, rather than pushing a united front. This is a reasonably productive method as it spreads disinformation and leaves many not sure what to make of events, which in turn fills the audience with doubt and prevents them from making their own conclusions.

The sad fact is that no matter what side of the divide they may find themselves on the media knows how to manipulate the public. The Western media has been employing a united front, a coordinated barrage of the same information in the traditional manner. The truth is of little concern in this game, what matters is what is perceived to be the truth by the audience. In the West perception is everything. The Russian case is a little different, and not as rudimentary as it may seem at first.

Since the onset of the Ukrainian crisis Russia’s addition to the black art of propaganda has been to increase the use of disinformation to the point that their audience feels uncomfortable in coming to any concrete conclusions. This approach has not been designed solely for a native audience but it also very much in use in the West through news distributors like RT, formally known as Russia Today with its target audience in Western Europe and the US. In short the Kiev students have good advice for us all not just the Russians. “Check what you hear, doubt what you see”. 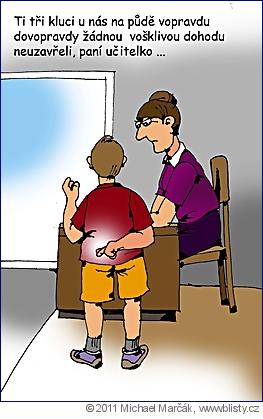