Hevala Delal is my best friend from prison. She is the most admirable Kurdish woman I have ever met, an incredible personality, an incredibly strong character, says Markéta Všelichová, who was unjustly imprisoned by Turkey in November 2016, but finally released on 24th July, 2020 as a result of painstaking negotiations by the Czech secret service and an intercession by the Czech Prime Minister with the Turkish President Erdogan.

Heala Delal's story is similar to the story of hundreds of other people in Turkey. Someone exploded a bomb (this is not always done by PKK). One Turkish soldier was killed, four people were wounded. It is not important for the Turkish authorities to arrest and punish the real culprit. In Turkey, it is important to "fulfil the norm". To arrest several dozen people and then to sentence two or three dozen of them. The police always manage to obtain some names by beating the arrested persons. Facts do not interest anyone, the authorities need several witness statements so that two or three dozen people can be perfunctorily sentenced.

Any dictatorship destroys people's character, turning them into monsters. The horrifying machinery of the system will force you to become an informer. In an attempt to save themselves and their families most people in the world will do anything and there are no more heroes in Kurdistan than anywhere else in the world. You believe that your sentence will be more lenient, that your family will be saved, so you provide a witness statement implicating someone else. But you will never receive any reward from the authorities for this, informers get life imprisonment just as the people they had informed on, the only thing that will be connected with you is disgrace and loneliness.

Back to Delal. The police wants names. As I am saying, no one is interested in facts, it is necessary simply to sentence someone.

When the police asked who had exploded the bomb, someone who was being interrogated said "Delal". This person knew nothing about the bomb attack, but he needed to give a name, otherwise he and half of his family would have ended up in prison. Along with Delal, other totally unconnected people were sentenced for preparing and carrying out this bomb attack. Their names were obtained by the police also by means of the above described method.

When she was arrested, Delal had just got engaged and was preparing her wedding. Witnesses confirmed during the court proceedings that at the time when the bomb exploded, Delal and her family were drinking tea in the centre of Amed (Diyarbakir). To no avail. As I am saying, no one wants facts in Turkey. Your name has been reported to the police. That is enough. It is like in my court case. I have a pile of facts and evidence which proves that I was not a member of YPG. No one is interested. There is a photograph. That is that.

In this show trial, Delal was sentenced to prison for 56 years. Her fiance was also arrested (on the basis of a different trumped-up charge) and was sentenced to 36 years. Ẃhile in prison, both of them asked repeatedly, for seven years, to be allowed to get married, which is the condition for allowing them to be in contact by phone and to be able to see each other. But to be able to see each other, you must be in the same prison. After their wedding, they had to keep asking for three years to be placed in the same type of prison. That did not happen until September 2019, when they were both moved to T-TIPI Van. So, after thirteen years, Delal is now able to be in regular contact with her husband. She says that she is now happy - life is sometimes incredibly relative.

I will be sending some nice clothes and some money to this girl next week. Also to her family. Delal, canim benim, no matter how long you are in prison, you will never be there on your own.

You will always have one friend and sister in the world which will not abandon you. I will never, never forget you. Thank you for everything.

Markéta Všelichová (28) and Miroslav Farkas (34) spent 44 months and 11 days in Turkish prisons. They were arrested in November 2016 and accused of cooperating with Kurdish militias. Turkish police had found pictures in their mobile phones in which they were in the company of members of YPG. They were released from prison at the end of July 2020 after Czech Prime Minister Andrej Babiš interceded on their behalf with Turkish President Erdogan. Erdogan then gave instructions to a Turkish court to release them. On 24th July, 2020, a Czech military airplane transported them from Turkey back to the Czech Republic. In an interview, Všelichová said that she had been  stupid to think that Turkey was a country that respected law and order. "I was arrested because I was informed upon. It was exactly like here under the communists. I thought that since I was a European citizen, they could not detain me for long. I was wrong. Gradually I realised that Turkey was a lawless country and the authorities were free to do absolutely anything with you.  When you are being held in a Turkish prison, the great thing is that the prison inmates are not criminals. An absolute majority of them are political. There were no murderers, no violent criminals. All the prisoners were absolutely normal people, students, university professors, young mothers. I was able to form one of the strongest friendships of my life there." 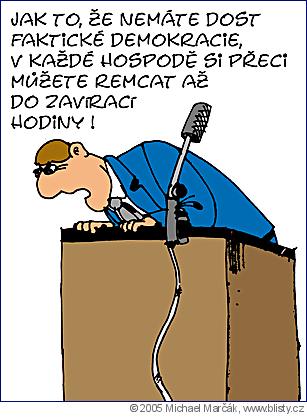