In a letter confirmed by the Brazilian Ministry of Foreign Affairs, the White House asks president Jair Bolsonaro, who will make the speech that opens the UN General Assembly on the 23rd of September, to join an alliance to impose an ultra-conservative agenda at the UN next week.
President Donald Trump's letter was addressed also a group of other conservative governments that include Saudi Arabia, Iraq, Egypt, Turkey, Phillipines, Hungary and Poland. He asks those countries to establish an alliance at the UN General Assembly. The goal is to veto any attempt to pass resolutions that seek to extend sexual rights or implement sex education. The text was also co-signed by Mike Pompeo, US Secretary of State, and US Secretary of Health Alex Azar. In it, the Americans urge Brazil to join a joint statement, to be released in New York, with the aim of adopting an attitude contrary to terms such as "sexual and reproductive health".

According to the letter, the goal is also to ensure that "our shared values" prevail at the United Nations. In the correspondence, America calls on the Brazilian government to "join the United States to ensure that each sovereign state has the ability to determine the best way to protect the unborn and to defend the family as the fundamental unit of a vital society for children to thrive and to have a healthy life ".
Washington also says that they are "seriously concerned about aggressive efforts to reinterpret international instruments to create a new international right to abortion and to promote international policies that weaken the Family, which have advanced through some UN forums."
Later, it is written that "Evidence of this is found in references in many multilateral global health policy documents interpret comprehensive sex education and sexual and reproductive health rights in a way that seeks "to diminish the role of parents". The US assessment is that such terms have been manipulated to lead to the "promotion of abortion".
The White House also denounces "pressure on countries to abandon the religious principles and cultural norms enshrined in the law that protect unborn life." (...) "Efforts to advance these harmful policies in multilateral contexts where global health policy is debated and defined, such as the United Nations and affiliated bodies as the World Health Organization, are disturbing and must be challenged," they argue. "They take the focus off real health issues and import policy debates that need to be addressed at the national, subnational or community levels," it is argued.
In May, the Brazilian government had already joined the Americans during the World Health Assembly in presenting a "joint statement calling on nations to promote positive women's health programs and initiatives in line with sustainable development goals, but stating unambiguously that some terms and expressions are confusing and associated with anti-family and pro-abortion policies."
At the UN Human Rights Council, Brazil has also taken a stance contrary to any reference to the terms of sexual and reproductive rights, while rejecting the reference to "gender equality".
United with the US, Russia, India, Turkey, Arab and African countries, plus former communist bloc countries, Brazil is certain that human rights will go back to the times when only White heterosexual males had a voice.
Brazílie | Donald Trump | Genderová nerovnost ve společnosti | Práva homosexuálů
0
Vytisknout
4292 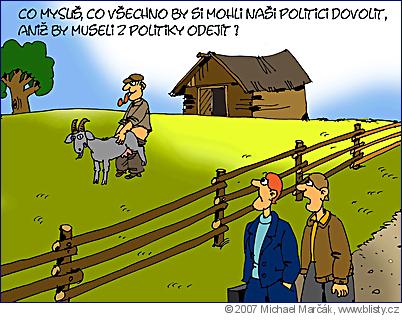