Demonstrators disrupted a theatre performance in Brno. They did not like a scene where Jesus rapes a muslim woman

Thirty members of the "Decent People" organisation disrupted a performance which was going on at the  Brno "Theatre on a String" on Saturday within the framework of an international theatre festival.  They protested against the play Our Violence and Your Violence, which is directed by the Croatian director Oliver Frljič. Previously, the performance had been condemned by the Catholic church and by some politicians.

The protesters formed a chain on stage intending to push away the actors. However, the audience started clapping and chanting "Decent people, Go Home!"

While the demonstrators were blocking the stage, some members of the audience started dancing, others attempted to enter into discussions with the protesters. The actors tried to continue with the performance.

The demonstrators were eventually taken out by the police and they may be charged with an offence.

After a delay of about one hour, the performance continued. However, later on, it was again disrupted by a group of Christian activists. During naked scenes, they started praying aloud and then began whistling and chanting: "Do not insult Christ, Our Lord!"

"We must learn to fight for our faith and for our God because if someone insults him this way and if someone shows that our God rapes someone, that is the worst kind of blasphemy," said one Christian activist.


The protests were provoked by the publication of a photograph of a scene from the play in which the character of Jesus rapes a muslim woman. The play culminates in a scene in which an actor wearing a crown of thorns comes down from a crucifix made of oil barrels and lies down, half naked on a woman who is lying on her stomach:

Martin Glaser, the director of the festival "The Brno World of Theatre", during which this play is being staged, was horrified by the incident.

"I do not understand how come some politicians might be thinking that a play should be banned and when they do not manage to ban it, some people come to the theatre and disrupt it. When I saw what was happening I thought of films about the beginnings of Nazism," said Glaser.

Glaser is also horrified that the police waited for twenty minutes before they acted. Although the incident was reported to them immediately once the stage was occupied by protesters, they said that they would only act after violence has occurred.

The play Our violence, your violence presents a view of Europe which has been (naively) surprised by the refugee crisis. It presents a Europe which has forgotten its colonial history when it closed its borders to prevent the arrival of those people who were escaping the results of European and American policies. The play argues that it is as though the Europeans did only one thing throughout the 20th century - they fed their own national narcissism which teaches that one kind of people is better than the other and forgets that ignorance is also  a form of violence. The 21st century continues to teach the Europeans the same lesson but it now uses a new weapon - fear. And fear is the most familiar emotion of those people who are lost.

The play Our violence, your violence asks several uncomfortable questions: Are we aware that our wealth depends on thousands of dead people in the Middle East? Do we mourn the victims of the Paris and Brussels terrorist attacks just as intensely as we mourn the victims of the terrorist attacks in Baghdad and Kabul? At which particular moment have we managed to convince ourselves that it is we who are right and that our God is more powerful than other gods?

Oliver Frljić is one of the most well-known contemporary theatre directors and holder of many prizes. He frequently shocks the public by the plays he has written and produced as well as by his radical reinterpretations of classical works. He has started a debate about theatre censorship in Croatia, opened the painful topic of Slovenian purges, highlighted the participation of the Poles in the holocaust and has drawn our attention to the post-colonial arrogance with which Europe has responded to the Middle Eastern refugee crisis.

He currently works in Germany. 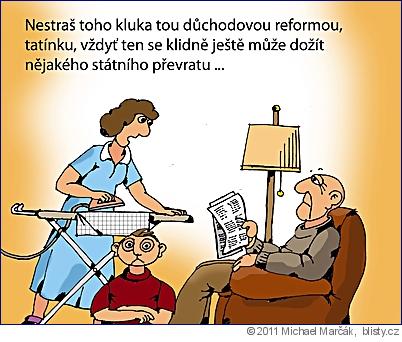