"If these two Pakistani refugees tried to hang themselves, maybe it was a pretend suicide, just for show. You know, if you really mean to hang yourself, you will not survive," laughed the Czech President Miloš Zeman when he was asked about the two Pakistani refugees who tried to hang themselves in Athens. He did so during his interview with a controversial Czech website Parlamentní listy, which disseminates alarmist anti-refugee nonsense and islamophobic propaganda in the Czech Republic.

Miloš Zeman continued: "In any case, these two men have just demonstrated that they were expecting a better living standard for themselves than what they had in Pakistan and their expectations have not been fulfilled yet. They were given food and drink, they have been given accommodation  in heated tents. If they wanted more, I do not understand why they did not stay in their native country since there is no fighting there.

Miloš Zeman also attacked Greece in the interview: "The Greek government has a special liking for withdrawing its ambassadors. It first recalled its ambassador from the Czech Republic and now it has recalled its ambassador from Austria. There are still about 25 more countries for them to withdraw their ambassadors from and it is obvious that their ambassadors will be evidently travelling a lot in the near future. No EU country is willing to solve Greek problems. We cannot possibly move the refugees who are in Greece into other countries for the simple reason that they do not want to go to those other countries. How many people have applied for asylum in Macedonia? I think no one." 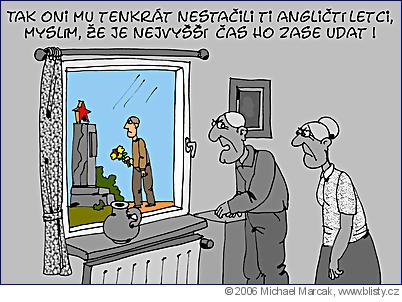