Out in the Open - František svého druhu and Lovu zdar!

One of the more intriguing double-bill screenings over the weekend was the coupling of two films focusing on the subject of wildlife and the environment -- the half-hour František svého druhu (František of his own Kind, dir. Jan Gogola ml.) and the full-feature Lovu zdar! (Long Live Hunting! dir. Jaroslav Kratochvíl). The documentaries examine very different aspects of animal fascination, in two rather different styles, and although it may be slightly unfair to compare and contrast these films with each other it certainly allowed to audience to judge the merits of each approach taken.

František svého druhu, a Česká televize production, is part of a series looking at interesting people and their somewhat extraordinary lives. Former government clerk turned ornithologist František Krause is certainly a part of his category. For decades Krause has been recording and documenting the birds in his local forest, building hundreds of bird houses out of materials he finds lying around. Along with his wife Míla, the couple's year-round activity involves caring for these houses, each of which are numbered and documented in one of František's hundreds of notebooks. He is clearly an eccentric -- his love of birds is life-consuming -- but almost seems to revel in this, even to the point of making fun of himself. "Each birdhouse has a number, so the birdhouse thief knows he is stealing" he says, deadpan; though almost certainly knowing that thieves would have very little interest in taking them.

The documentary's style is certainly worth discussing; Gogola's production is heavy on irony and humour, but never truly at the expense of Krause. The `voice of God' narration style is designed to mimic that of a nature documentary, but with our protagonist as the main object of observation. If the intention was to lampoon this type of film, it definitely worked -- especially in terms of cut-away footage to trivial aspects of nature, treating them as if they are points of interest for the viewer. "A land snail with his yellow-brown shell", we are told dryly, as the camera focuses a close-up as if it were a rare beast not often seen by the human eye. These parts certainly went down well amongst audience members, as did several of the tasteful shots of the young birds being documented by Krause which added to the protagonist's humanism. In general, the camerawork was crisp and clear -- even in a documentary that doesn't take itself entirely seriously, a poor choice of shot can distract us from the observation and lessen our enjoyment. There were no such problems here. František svého druhu concluded to rapturous applause in the theatre, and a light-hearted question and answer session with the director and Krause, who happy fielded queries about his birdhouse building technique.

Kratochvíl's Lovu zdar! seemed altogether a different experience, mainly as the focus switched from looking after animals to shooting them for sport. Combining talking heads of various members of the hunting community (some who consider themselves gamekeepers, others include a big game hunter who goes on safari to shoot exotic animals) with footage from their hunting trips and select pieces of archival footage, the documentarists put together an interesting critique of Czech hunting and those who are involved. Pictures from one of the respondent's safari trips are placed alongside footage captured by the camera team of another trip, and we often made to endure watching animals, often sloppily, shot; staggering around before collapsing and dying in what almost seems like an excruciating long-take - but is instead a reflection of our displeasure at the scenes. The trophy hunter posing (on grainy VCR footage) with dead zebras and antelope is made far more grotesque in light of these occurrences.

His enthusiasm for this `sport' is demonstrated in his vast trophy room of stuffed animals, which we encounter through him talking about his kills to a group of young children (is this a school group, perhaps?). Of course, children are impressionable, and when we hear them say that "I want to hunt a tiger!" "I want to kill a crocodile!" and so forth, it leaves us with a rather unpleasant feeling. Kratochvíl has certainly painted the industry in a wholly negative light, as there is little discussion of more legitimate hunting (regulated, for population control etc) which takes place. The hunters are more interested in the heads on their walls. The head of the hunting association is ridiculed, when he describes it as being "genetic" for men, as if this is the only justification he can muster.

For me, the most interesting character featured was not the safari enthusiast, but the Catholic priest, who in his spare time is a keen hunt practitioner. The exploration could have delved deeper into more religious themes, but when it is touched upon it adds an extra dimension -- when we see his trophies cleaned with a feather duster, it is not only humorous, but makes us think about the priest's true convictions. Do his actions reflect the idea of the giving and taking of life by God? Is his obsession with hunting indicative of the false idols that his religion teaches? The shots of him at the end of the film with his arms raised and blood on his hands, simply has to be intentional -- the Christian symbolism being played off as at-odds with the lack of ethics and morality that some of the hunters possess.

Where Lovu zdar! succeeds is when these issues presented are used as a template to look into the mindset and mentality of those who participate in blood sports, as opposed to just investigating the phenomenon itself. The film maintains a critical stance to hunting, yet at times the participants don't seem to care, a tension that is never fully resolved and for the better. Certainly, the parts of the documentary that deal a bit more with the industry are informative, but are never as gripping as when the director tries to dig deep into the motivations for why people hunt and what it fulfils in their lives.

The two sides presented by both documentaries left plenty for attendees to discuss afterwards in the various pubs and social areas at the festival. Gogola's filming style in František svého druhu clearly worked in highlighting certain aspects of Krause's character, whereas the more orthodox style demonstrated in Lovu zdar!, a tried and tested method, also had its merits. Arguably a more complex topic when it comes to ethics and morality, it did well in parts to tease these issues out of its subjects, and when it did this added to the strength of the piece. For different reasons, both films make for intriguing viewing, and a snapshot of life many of us have not seen. 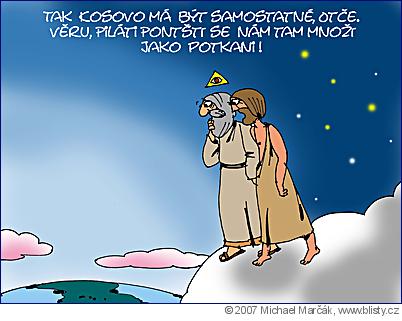