Martin Jarošek is a big fan of beer. The Ostrava musician's love affair with the drink has seen him not only pen songs about his "second home" in the pub, but write two books and travel around the world sampling the different national and craft brews on offer. One thing he is not pleased about, however, is the flagship Pilsner Urquell - the original Pilsner -- which is now a part of South African brewing multinational SABMiller. Should Czech beer, which is a "part of our national heritage", be controlled by such a company? Jarošek doesn't believe so, and starts writing a new book on the subject, taking him from a journey from the Plzeň brewery all the way to South Africa trying to find answers to his questions.

By no means is Martin the Czech Republic's only beer enthusiast, but Josef Krýsl's story takes him on a rather different path. From building a microbrewery in his garage, he now specialises in the field and sets them up for clients all over the country. This time his work takes him out of the Czech Republic to Belarus, where he is tasked with setting up an operation there. There are no such far-flung travels for amateur brewer Laďa Bureš, however, who is experimenting with making one of his first beers on his farm. In Česká pivní válka (The Czech Beer War), these three characters are followed as their love for beer plays out on screen. The documentary, a cross-collaboration with Evolution Films, Česká Televize and FAMU, will be shown in cinemas from the 30th of October.

All three of the men featured are symbolic of a "national beer revival", where, as Martin tells us, Czechs are rejecting international beer brands brewed in the Czech Republic; and this has resulted in an uptick of micro and craft brewing popping up around the country. Therefore, the revival is painted (or attempted to) by Jarošek as the `everyman versus the corporation', where Czech identity through beer is being sold off to the rest of the world. But is this really the case? Director Jan Látal has done well in throwing a spanner into the works by means of Josef Krýsl -- while our hero travels thousands of miles to try and hold SABMiller to account, he is in another country building a brewery for Czech businessmen. Although none of the protagonists say it out loud, this is globalisation in a microcosm, and the Czech Republic is not solely the victim here. In addition, it makes us consider the staggering changes that have occurred in the country since 1989. As was said during the panel discussion after the screening of Česká cesta, many of the economic policies of the newly democratised Czechoslovak state arose out of doing the exact opposite of the communists. In that context, neoliberalism and opening the country up for foreign investment was a desirable thing. Twenty-five years later, and for some people this concept is no longer the great idea that it was. In this way, beer becomes a metaphor for the identity of the Czech people, their hopes and fears, and continued issues with what their identity is.

Jarošek is by far the strongest character presented in Česká pivní válka, and where much of the film's humour derives from. Very much an `outsider figure', he is noticeably awkward in social situations and his sincerity, which comes over as genuine on camera, is often regarded as an object for ridicule from the people he interacts with. Nevertheless, this eccentricity should definitely not be taken as some sort of Švejkian naiveté: he is a very accomplished musician, his books have been published and as we see in the film, he is fluent in English. Yes, his mannerisms are at times comical, as is the way he puts forward his arguments, but the man clearly knows what he is talking about when it comes to his love of beer. Krýsl, the expert microbrewer, also has a deep knowledge for the craft, but this comes over in a much more professionalised, dare I say business-savvy, sense. These two stories provide the key contrast points for the documentary, whereas Laďa Bureš seems to be there to keep the context grounded in the Czech Republic while the other two characters are in South Africa and Belarus. The parts featuring Bureš are pleasant, but lack the fascination we have of Jarošek and Krýsl -- they don't seem as necessary to the film except in demonstrating how anyone can become a microbrewer if they so desire. Látal has shown restraint in steering Česká pivní válka towards any solid conclusions -- a good idea in that it doesn't detract from an entertaining portrait -- but leads in points to parts where societal reflections feel `slotted in' out of obligation.

Despite some minor problems, Česká pivní válka is a strong documentary that should go down well in cinemas. It continues a trend from Jihlava this year where documentary portraits have been seen to dominate, but on the whole these have been done to a high standard. In a country that is renowned and sometimes stereotyped for its beer consumption, this was an angle that avoided treating the subject as a kitschy novelty and instead produced a pleasant and informative documentary. I left the screening thirsty, and wondering if I'd bump in to Martin Jarošek in the pub.

Readers can watch the official trailer for the film HERE 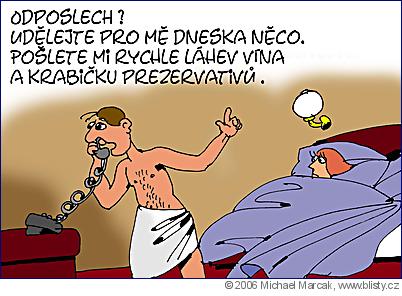