Robert Kirchhoff's Kauza Cervanová (in English released as Normalization) deservedly won a special mention in the Between the Seas: Best Central and East European Documentary Film category at this year's festival. The jury's statement was very complimentary of Kirchhoff's work, which has taken eight years to appear on screen:

"Even among so much quality and variety, we are pleased to accord the Jury's Special Mention to an astounding film that picks up the tradition of compelling investigative journalism that has its origin in Marcel Ophuls' Chagrin et la pitié and extends it into pressing social issues in the region today. We salute Robert Kirtschhoff for Normalization, for the tenacity and ingenuity of his pursuit of justice and of a form of cinema capable of rendering it."

I am not always one to side with juries -- in the other categories I would have perhaps nominated several different films for the awards, but in this case it is right to recognise the effort and technique put in to Kauza Cervanová. It has been almost 40 years since medical student Ludmila Cervanová was murdered in suspicious circumstances in Bratislava, and the five-year investigation into the death conducted by the authorities. In the end, seven men were found guilty of the crime and sentenced to a combined total of 108 years behind bars, with three of the defendants narrowly avoiding the death penalty. What makes the case even more surprising is that the men were children of high-ranking party members. When released and interviewed on television, all men profess their innocence the the accusations of kidnapping Cervanová, gang-raping her and eventually killing her. For the viewer, and especially those who are not familiar with the case, this seems a pretty open-and --shut case -- the Czechoslovak state wouldn't got after the children of party members without a good reason, would they? Of course they would claim they are innocent if accused of such a heinous crime?

The power of the film is exactly this. The first twenty-minutes or so of the 100-minute investigative documentary retells the story of the murder, and we are convinced that this is what happened -- in many documentaries, viewers merely take what the director says as face-value fact. Kirchhoff appears to understand this, and this is why we are presented with the state's version of events first. After the audience is seemingly sold on this, he then introduces several seeds of doubt, in which the alternative case is based upon: where is the DNA evidence? Why do several of the accused have plausible alibis? Why did some of the `crucial' witnesses never testify in court? By the end, it appears almost impossible that the right men were caught, and the film follows the attempts of the accused to clear their names, as well as conducting interviews with the witnesses in which the Czechoslovak courts built their prosecution upon. It leads for uncomfortable viewing, as one after another interviewees tell of the psychological (and at times physical) pressure placed on witnesses to lie, some even emigrating out of fear of the secret police and possible repercussions. One woman, who was made to lie recanted her story in front of the jury, and was jailed for several years, deprived of seeing her child grow up. The personal testimonies are interwoven with archive photographs, choices of shot and suspense music which portrays the sense of paranoia and suspicion which dominated society under communism. The pressure and regret still haunts people to this day, and shows how easy it was for the secret police, the StB, to completely ruin the lives of people who fell in its way.

The dark and tense environment in which much of the film sets itself is then replaced by combinations of fear and absurdity, based on the appeals process in the now independent Slovak Republic. To the astonishment of all concerned, the High Court does not just hold up the initial conviction, but in fact adds on time to some of the sentences. Several protagonists have to return to jail for a number of years, thus compounding the sense of injustice even further. Kirchhoff, who is now firmly taking the side of the men, attempts to interview members of the court and even the Slovak President, but to no avail. Eventually, a polygraph test is even taken, and the results of all seven are negative. In the final attempt to clear their names, the case has been taken to the European Court for Human Rights, and by the end of the feature, the results of this are still pending. In some regards Kauza Cervanová bucks the trend of documentaries, which

strive to be as neutral as possible despite the results never being this way. After the opening parts it becomes clear that this film is designed not just to re-open the inquiries into Cervanová's death, but also an attempt to help the protagonists succeed in their quest for justice. This is controversial, as in the words of investigative journalist Luba Lesná, "it still traumatizes the Slovak society" to this day. As Kirchhoff says, half of Slovaks regard the men as murderers, the other half as unjustly persecuted. Maybe it is right to take sides in a case like this, and it sends a message about the legacy of the former Czechoslovakia that is as surprising as it is troubling -- that the legacy of normalisation still lingers on in some corners of Slovak society. What the subsequent upholding of the case says to me is that there is a reluctance to fully address the past, the desire to move on being much more stronger than the opening of a can of worms which no doubt a different decision would create. However, the victims of this case need to be remembered -- not just the seven who appear to have been stitched up, but the young medical student whose family and friends have never seen the real killers brought to justice. 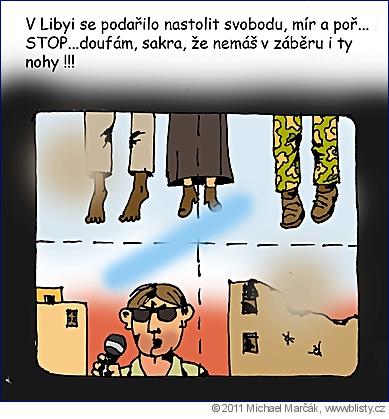