[1] Cuba has a long tradition of pleasing visitors with a combination of tropical weather and nature, sugary alcohol, strong tobacco and coffee, colourful racial mix and sensual music and dancing. Add to these a lasting victorious revolution – and the attraction may feel irresistible. The Cuban tourist industry – the country’s principal saviour after the early 1990s’ economic collapse – seems unstoppable: some two million foreigners visited in 2013, and about a million more, in 2014. The expectations of imminent change have clearly contributed to this growth of interest: outsiders want to catch what may prove to be the last moments of the Castro brothers’ revolutionary dream.

What the visitors see on arrival is the scarred beauty of cities and towns, where derelict houses outnumber the well-kept ones [2]; the nearly empty roads with more hitchhikers than cars (among which Soviet Ladas and GAZes, as well as pre-1959 Fords and Chevrolets, seem to dominate) [3]; the dysfunctional public toilets, at which you are still expected to tip the attendants before or after use; the overwhelming Che Guevara merchandise [4]; the scarcity of wi-fi and ATMs; and the most aggressive tourist hustling I have personally witnessed since my 2013 trip to the Old Town of Hebron in Palestine. Yet foreigners are still expected to pay over the odds for the privilege – in convertible pesos (the only currency they have easy access to in Cuba), which are linked to the US dollar and are twenty five times dearer than Cuban pesos (in circulation mostly for the locals). Thus, the entrance to the Museum of Revolution in Havana costs eight convertible pesos to foreigners and eight Cuban pesos to the locals. Orwell’s adage about some individuals being “more equal than others” comes to mind.

To be fair to the Cuban government, they rip off their own citizens even more. A Cuban tobacco grower is obliged to sell 90% of his crops to the government, at a price per kilo which is approximately 300 times lower, at the very least, than the subsequent price for the corresponding amount of cigars that state-owned factories could make from these crops. Likewise, tour operators are not on the list of private enterprises that Cubans have (recently) been allowed to set up. It is clear that the state wants to keep control over the most lucrative branches of economy, arguing that their profits could be re-invested into, say, health service (free to Cubans at the point of delivery). Yet some types of medicine are only available from the so-called international pharmacies, priced in convertible pesos, i.e. beyond the means of ordinary people, who are extremely low paid, regardless of their occupation, and still dependant on the ration cards.

Even though the internet connection, provided by a state monopoly, is slow, rare and prohibitively expensive (those who have frequent access to it record their weekly choice of content and sell such compilations to others as “packages”), Cubans are increasingly aware of the standards of living elsewhere, and would not mind catching up without having to defect (incidentally, they still cannot go on board a boat without a special permission). It remains to be seen how long Cubans can continue to profess the socialismo o muerte wish and make sacrifices, instead of embracing the pleasure principle and satisfying the needs they deserve, with or without the current government’s assistance. For the time being, President Raul Castro seems untouchable, owing to his revolutionary credentials and modest reforms (it is no longer necessary for Cubans to enter a marriage of convenience to acquire a car or a house, for example, and they can even run their own B&B or restaurant).

But when Raul steps down in 2018 (as he said he would), at the end of his second term, will Miguel Diaz-Canel (b. 1960), his deputy and heir apparent, be able to manage the balancing act between helping common people become better off and keeping the Communist government strong enough to survive? Or will he (or someone else in his place) be overtaken by events, as it happened to Mikhail Gorbachev in the early 1990s? And if the latter does indeed take place, will the USA step in to try and reclaim the pleasure island as its geopolitical pleasure centre? It is not purely coincidental, perhaps, that the only Cuban motorway, Soviet-built at the time when 80% of Cuban economy depended on the USSR, remains (symbolically) unfinished because of the USSR’s demise, while Havana’s iconic landmark, El Capitolio, inspired by the seat of the US Congress, is (symbolically) under reconstruction at present. [5]

(photographs by the author, Ekaterina Rogatchevskaia and Devana Pavlik) 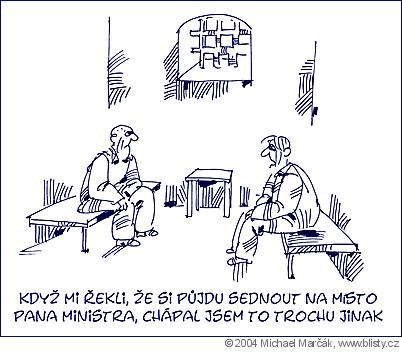 Muriel Blaive In the Stadium of Life, Normalization Was an Olympic Pool of Murky Waters 47