An extended version of the author's speech at the demonstration against ACTA (the Anti-Counterfeiting Trade Agreement), organised by the Czech Pirate Party on 2nd February 2012 at Prague's Klárov area.

If I steal your hat, your ears freeze off and mine don't, thatś what a theft is. If the hat is copied, I'll have it and you will, too. Sharing is not a theft. In 1963, when John F. Kennedy arrived by plane to West Berlin to see the Berlin Wall, he declared: „Ich bin ein Berliner“. And today, I beg you all to stand in solidarity with one another and say: „Ich bin ein Anonymous“.

More than two thousand years ago, Romans built 26-meter wide roads made of stone to interconnect the whole empire. State mail rode on these roads to make information from Rome available everywhere as soon as possible. It wasn't privatised, and neither were the roads. One of these roads lead as far as to Londinium, today's London. Via Appia exists to this day.

In the mid-fiftennth century, Gutenberg invented the printing press. In 1450, he used it to print out the Bible. He aimed to spread education (and knowledge) to as many people as possible. The Jesuits then destroyed his grave, because he had destroyed their monopoly. Their information monopoly.

Since then, monopoly wars have been waged a hundred times. No one has ever kept any monopoly, though. I am shocked to find out that the beaten ones are still incorrigible.

The wise empress Maria Theresa, founded compulsory trivial schools in 1774 and established General Schooling Regulations. She wished for her people to have education. Franz Joseph then facilitated the establishment of public libraries and societies for the enhancement of arts and sciences. He wanted to have well-educated subjects who could stand the test facing the economic competition of that time. The first public library in Prague was opened in 1891.

Even then, information and knowledge meant success and power. However, they meant responsibility and well-being for the society as a whole at the same time. The politicians of that time it.

Their subjects new it too. The wise empress and the wise emperor both new that a band of simpletons can't create anything.

The experience of doctors has been shared since Asclepius... and Hippocrates. It was Hippocrates who discovered the healing effects of acylpyrin – the acetylsalicylic acid, that is the decoction of the bark of Salix Alba, that is the white willow. Only the coming of the First World War could bring about the revocation of the patent of Bayer, the German corporation which sought a monopoly for the production of aspirin. Thanks to its production, hudnreds of thousands of people world-wide did not die during the pandemic of Spanish influenza in 1918.

The penicillin antibiotic was discovered by Alexander Fleming in 1928. In the thirties of the 20th century, the German scientist Gerhard Domagk discovered sulphonamide. Both medicines were freely produced without patent monopolies and saved hundreds of thousands of lives during the Second World War, and have saved millions till now.

60 years ago, after the Second World War, a net connecting computers was created. In 1969, ARPANET, the core of the internet was put into operation. The army shared the technology with scientists from universities. Scientists needed to share information. The army needed to protect information from nuclear war. And people all over the world benefited from the fact that internet wasn't patented.

In 1989, Tim Berners-Lee published the design of the web. Mere 10 years ago, internet was in its infancy. Today, it connects the whole world by free information.

At least for now.

Bill Gates used to speak with enthusiasm about an information superhighway. Alvin Toffler, an advisor to American presidents and futurist spoke of information society. Marshal McLuhan, a media communication theorist, spoke of the global village. Even the American Daniel Bell spoke of the post-industrial society. It was supposed to be heaven on earth. Global communicationm global culture, global knowledge-based society. It was to be the future.

Back then, visionaries saw progress in sharing information, sharing knowledge for the benefit of everyone. Today, the vision of progress has disappeared. It has been replaced by police batons and court summons. Lawsuits and prison. And venal governments.

This government want to turn you into ignorants who can be ruled effortlessly. Like sheep that let themselves that can be sheared comfortably. Will you have this? Right now is the time to say not only what you don't want, but also what you do want.

However, you mustn't forget that whoever wants to take must be able to give, too. If this is the case, all of us will benefit from it. Together. 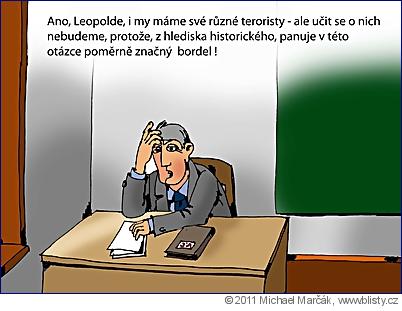